What is there to say about #Awethor Tory Gates….Well….I tell you what have a read of his interview and enjoy.  Tory’s short story is called “Sweet Dreams – Remember,” and can be found in Awethology Light. 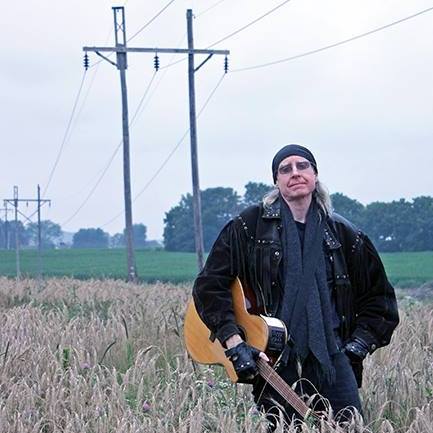 I’m a broadcaster with over 30 years of experience. I’ve been a deejay, producer, talk show host, manager, just about every job there is to have in this business, I have done it. I currently work as a news and sports anchor/writer for the Radio Pennsylvania Network in Harrisburg, PA. I’m also the host of “The Music Club,” a weekly Internet program on the London-based Radio-Airwaves Station. In addition, I’m a guitarist/songwriter, currently with the folk-rock duo the Dharma Fools, and a feature writer for BroadwayWorld.com.

I have been “writing,” in one way or another most of my life. I recall making up stories, based off what I’d read or seen as a child. It ended up being my career on a number of levels. I’ve found writing to be an amazing outlet, and also quite good therapy.

Sweet Dreams: Remember is a short prequel to the Sweet Dreams Series, a Young Adult Fiction set of stories that follows the life of a Japanese girl named Aki Sato. Orphaned at a young age, Aki learns that she has inherited the ability to travel through time. Along the way, Aki and her siblings also learn about the healing power of music.

I hope they do. I generally write Young Adult, but I do write in other genres (my first book, Parasite Girls is straight fiction). My stories look at the things I want to examine, be they social issues, coming of age, and visions of what our world could be like. I write about what I want to see, and that’s not always what we’re conditioned to see.

My wish is that my stories are at the very least entertaining. What I strive for is to give readers something to think about, give them hope, and also show them that the problems they face are not so much, compared to what I put my characters through. I hope they identify with someone in my stories, see others, and perhaps themselves. From there, I hope they find the strength to overcome whatever they face in real life.

I have written five full-length volumes of the Sweet Dreams Series, plus a compendium of short and semi-long stories, which were designed to fill in the gaps of Aki, her family and friends. I anticipated a lot of questions would be asked. Aki inherits her ability to time travel from her mother, Hiroko, but she dies before Aki can be instructed. As such, Hiroko remains a shadowy figure. She does appear rarely in the series through her afterlife ability, but we really don’t know much about her at all.

This short story tells how Hiroko learned of her skills at a very young age, and is shown through a dramatic moment of Japanese history. This may have led to Hiroko’s decision not to tell Aki about her powers until she was older.

I suppose there is a political statement to be made in this, and there is a tragic element that clearly resonated with Hiroko. My hope is that this stimulates enough interest that the full series can be brought forward.

It’s been positive, 100%. I’ve enjoyed talking and networking with the Awethors, and the group is not a competitive one. If there’s competition, it’s only for us to make our work better, but not at the expense of the other members.

Anyway I can! I am plugging short bursts of my upcoming release, A Moment in the Sun across social media, including Facebook, Twitter, Google+, LinkedIn and others. I’ve also used my contacts in the broadcast industry to try and gain some interest and public appearances, when I can.

We’re trying another method, as well: when I do readings with my group, my music partner in the Dharma Fools, Dan Shearer switches from bass to guitar, and he improvises under my reading from my work. It’s at least aroused some curiosity, and it makes people listen.

Parasite Girls is currently available at Amazon.com and Smashwords. A Moment in the Sun comes out this fall on Sunbury Press Books, and will also be available at Amazon and other Internet retailers. Sunbury does a lot of work with independent bookshops, so support those! If they don’t have it, they should be able to get it easily.

There are so many, but the ones that resonated with me, and have inspired me most:

1—JRR Tolkien. I read The Hobbit and Lord of the Rings when I was nine and ten years old, respectively, so that was long before they became fashionable! Those propelled me into Middle Earth, and Tolkien’s imagination showed me there were no boundaries to writing, whatsoever.

2—Douglas Reeman. He wrote a long string of war novels, primarily of the Royal Navy during the Second World War, but he also wrote others. I discovered him in middle school, and his stories were exceptional. The characters were real, earthy people and they didn’t command or serve on the big battleships. They served on the clapped out steamer with a couple of deck guns, an old ship with a wooden flight deck they called a carrier, motor torpedo boats, mini-subs, etc. The real backbone of the services was represented, and these taught me a lot about writing similar stories: you can do that, but you have to make every character different, and make them count.

3—Gabriel Garcia Marquez. I’m sorry to say that I didn’t read enough of the classics when young, and Marquez’ work showed me the visionary power of words. He paints incredible pictures, and he’s taught me how to “see” what I’m writing in a whole new way.

4—Edgar Allan Poe. I read The Telltale Heart and heard an audio reading when I was in middle school. I remember feeling a really prickly sensation over that. I also enjoyed several of his others, including Murders in the Rue Morgue. The dark sense of humor, and the willingness to dive into the macabre I’ve always admired, even if I didn’t ever write much of that myself.

5—Haruki Murakami. A contemporary author with boundless imagination and willingness to write about the dark, kinky underside of people’s desires without fear. His works are hard for me to read at times because they make for a sometimes discomforting view. South of the Border, West of the Sun is my favorite of his, and I’ve only gotten started into exploring more of his work.

I hope that the #Awethors short story collections are well received, not for myself alone, but for all of us. There’s a wealth of really talented writers in our midst, and I wish for people to want to read what we’ve done, and see more of us.