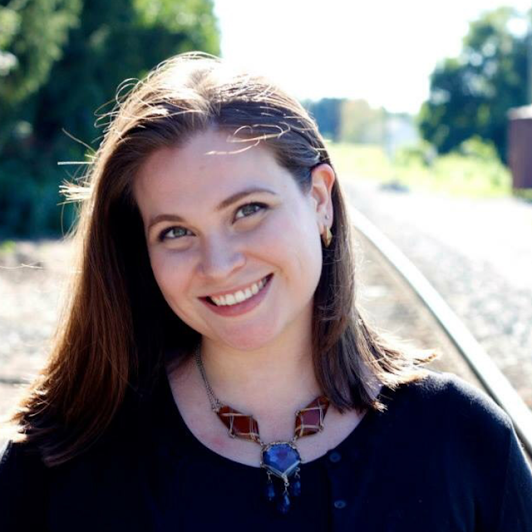 I am a Wattpad featured and Watty Award winning YA author of speculative fiction. I love The Hunger Games and Doctor Who, and I love writing, reading, singing, and dancing. I live with my husband and a cat named Fluffhead in Pennsylvania, where I work as a teacher.

For as long as anyone can remember, I’ve been telling stories. As soon as I knew how to write, I began putting them on paper, but during middle and high school, I focused more on performance arts. During college, I majored in Creative Writing at the University of Pittsburgh, which really brought me back to the study of writing. I’ve been working on the craft of storytelling ever since

I entered a short story called “Nina” into the Awethology. It is a short story that takes place within the universe I’ve created for my first published book The Blast and my Wattpad featured trilogy The Deathless Trilogy. I’ve been working on a series of short stories about the secondary characters in my world, and Nina is one of my favorite characters. I chose her story to include in the Awethology, because it can stand alone from the trilogy. A reader can approach it without reading my other books, but I hope it draws them in enough to encourage them to read more.

I write mostly YA speculative fiction. I’m currently writing an adult science fiction short story, and in the future, I hope to write some contemporary YA novels. I think my writing fulfils my readers’ needs, mostly because I know they fulfil mine. As a reader, I love characters like Katniss and Tris, but I know I have no physical survival skills. Instead, I’m a huge book nerd. I wanted to write books about normal girls like me who are mentally strong finding the strength in themselves to survive and gain power in dire situations. That’s what The Blast and The Deathless Trilogy are really all about, and we get a hint of that in “Nina” as well. My writing has helped me find my own strengths, and I hope they help my readers find theirs too.

“Nina” focuses on a man who has isolated himself in the aftermath of a global apocalypse. When a group of traveling scavengers come through the neighbourhood in which he’s been hiding out, he meets a survivor named Nina. She is a musician and the man is reminded of when he, too, was an artist, which triggers him to finally face the tragedies that have befallen him.

I love the #Awethors group. I joined to meet other indie authors, and through this group, I have made writer friends across the globe, and found the strength to submit my writing to indie publishers. Thanks to the support of the #Awethors, my debut novel The Blast was picked up by Booktrope Publishing, and will be re-released this winter. My experience with the Awethology has been equally pleasant. I am so thankful for a place to share my writing among the writing of peers I admire.

I am pretty active on social media, and try to use that as much as possible. I have participated in book blog tours, and I have done multiple giveaways and fan contests. I am also very active on Wattpad, where my writing really developed. With Booktrope Publishing, my amazing book manager Olivia Howe (another indie author as well) has set up some pretty awesome opportunities for me to promote my writing in person too.

My books are currently available on Amazon and Wattpad.