It’s time to meet the wonderful and lovely D M Cain who has a busy life surrounded by children and still finds the time to be an #Awethor and write exceptional stories. 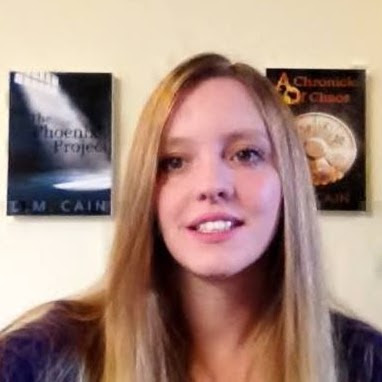 I’m a primary school teacher in the day and I write in the evenings, plus at the weekend. I have a husband, one young son and I live in Leicestershire, UK. I’ve always dabbled in writing, but didn’t start to properly get my ideas down until I moved to Japan (from 2006 – 2008). I found the area I lived in (Chiba) to be beautiful and inspiring, and that’s what made me begin writing. Now, throwing myself into a world of my own creation is an excellent way to relax and escape the pressures of daily life! My characters and stories are very precious and close to my heart, and there is a lot of myself within the pages. So, spending time with my characters is like catching up with old friends.

My previous books have always been fantasy or dystopian, a complete removal from reality, escapism in a sense. So, for the anthology I decided to challenge myself to something completely new. Not only is this short story written about reality (mostly!), it is set in my home city of Leicester. I also usually write in third person, past tense, whereas this story is first person, present tense. I wanted to try something completely new to me, and I knew I would have to work hard, because I have been lucky enough to read a lot of the other stories in the anthology and they are outstanding, so I didn’t want mine to look too poor in comparison!

My story, entitled ‘The End’ is about a middle-aged, single man who is cursed by voices which echo daily in his head, telling him that soon the world will end. He sees it as his duty to the human race to try to convince as many people as possible that the end is approaching, but nobody wants to listen to him. I deliberately made the story ambiguous so that the reader is always questioning whether the voices are real, or just a figment of his imagination.

Around seven months ago, I began chatting to the amazing Rocky Rochford on Facebook. We were both throwing around tips for promoting our books, when the idea for a huge international event began to form. We planned and organised the first ‘Get Down With The #Awethors’ event, which was an immense success. Though it was always planned as a single event, it was so successful that we decided to keep together the contributors as the group ‘The #Awethors’. It is an amazing collection of writers and readers, who all work so hard, not just at their own books, but at helping and supporting each other. Rocky and I knew that we had something special here, so we decided to take the group from strength to strength, which has led to the website and this amazing anthology (and we are both sure there will be more events and anthologies in the future!)

At the moment, my books are only available on Amazon: http://www.amazon.com/D.M.-Cain/e/B00LTTX3PA/

but soon my dystopian ‘The Phoenix Project’ will be available from a wider range of retailers and distributors.

I like a wide selection of authors from the classics (Oscar Wilde, Thomas Hardy, Henry James, George Orwell, Anthony Burgess) to more modern writers (Suzanne Collins, Terry Brooks, Philip Pullman, Iain Banks). However, recently most of my favourite authors are members of our #Awethors group! People whose work has really inspired me are C.L. Schneider, Stewart Bint, Jason Greensides and Sunshine Somerville.