Simon Coates is a futuristic #Awethor who enjoys writing news article like stories about what the future may be like in the distant future.  His short story ‘Sky of Thunder,’  is to be found in Awethology Light. 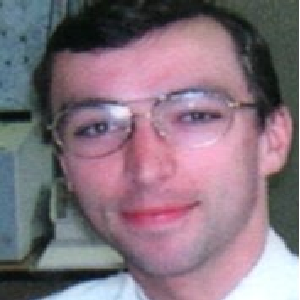 I am 42 years old, from England, UK. My normal day job is with the local government authority in my home town, but I have an ambition to become a full time writer. I am a keen road bicycle racer, regularly competing in races, up to National Championship level.

It was a flash of inspiration, believe it or not! I saw a book in a local bookshop that was written in the style of a newspaper, reporting on events from the beginning of time; imagine an article on the Big Bang! The book got me thinking. How about a newspaper reporting on the future? I started writing this, creating an online newspaper called the Galactic Echo, set in the 24th century. After a while, it sort of died off as it was taking a lot of time to produce. However, the website stayed live, and a couple of years ago, I decided to resurrect it by writing actual stories and having them published. The general layout is the same for any book I write; I take a concept or idea that is only possible in the 24th century I have created, and built a story around it. The name Galactic Echo remained as I think it sounds quirky.

It is not a story as such. Thunder in the Sky is actually a test report of a racing spaceship, and perfectly illustrates my writing concept. The idea is that in the 24th century, we live on Mars, the Moon and orbiting spacestations. We therefore would need reliable spaceships to enable transport to and from them; and from there, a motorsport is developed. The submission is a detailed report of a racing spaceship. Just imagine how fast these things would be. Yes they are total and utter monster machines, capable of simply mind-blowing performance and speed. The report tries to convey what these things would be like. Yes, very awesome indeed!

Being based in the 24th century, the genre is sci-fi, but nothing like the usual sort of thing that this genre is about. There are no aliens, or robots taking over the world; and concepts such as time travel or warp speed are as impossible in my proposed 24th century as they are now. The stories take certain concepts, but instead of being about the concept, they go much deeper. I like to think they have a very positive message; especially so in my romance ‘The Discovery of Love,’ which is far more than a simple love story between two people. I like to think they are very enjoyable to read, which is being borne out by the feedback I am getting; not just Amazon reviews, but also from face-to-face contact with people who have read my books. One thing I am especially pleased about is the originality about my stories. ‘Bike Racing into the Red,’ for example is a bike racing story, and as far as I am aware, the last proper story about actual road racing was done in 1976.

Thunder in the Sky is a test report of a Formula X racing spaceship. In brief, spaceship racing is the biggest sport in the 24th century, which is like Formula One but spaceships instead of cars. The short story is actually a test report on a top racing machine, a Britus B Type, one of the very early championship winners. The report describes what such a machine is like to fly; the feel, the sound and the sheer intoxicating experience.

I was part of the ‘Get down with the Awethors’ event in April 2015, and the group developed from there. The group is a mix of people from all over the world, and I find it a really positive thing. People share ideas, and I like to give advice when I can, and also call on the collective experience of the group when necessary. In Great Britain, and probably everywhere else to a certain extent, the writing industry is dominated by big publishers, and I get the impression that the writers who are traditionally published are a bunch of pompous self-obsessed individuals. The group is nothing like that; we are all passionate about writing rather than using it as a sort of badge of honour for social status.

I am extremely active in promoting my books and writing. I regularly attend events that I deem to be beneficial. I don’t just stick to the usual sort of thing such as book signings in book shops; I am a regular trader with sci-fi events, and also others that have a link of some sort. For example, I am one of the main sponsors of the 2015 British Cycling National Hill Climb Championship race later in October. I am also actively involved with my local libraries, and I am making contacts with various media outlets. This side is incredibly important; books in book shops are one thing, but in my experience they won’t move off the shelves until I am better known, which is what I am progressing with at this stage.

My paperbacks are available direct from my website –  www.galactic-echo.com; the eBooks from Amazon and Smashwords.

Well to be honest I don’t really have favourites as such. I am getting to know a number of local writers, who all write for different reasons. One of the more unusal aspects of my writing persona is that I don’t read that much, so I don’t have a large repertoire of authors who I follow. I find I don’t need to do this for inspiration as I get it from everyday things. An analogy is that a potential world champion bike racer spending his time watching people race bikes, rather than getting out and riding a bike!