It is a wonderful collection of old and new stories, murder, mystery, detective and much more. She has some amazing reviews, our favourite is from Roger A Price author of Nemesis and Vengeance

Undercover – Crime Shorts; is a wonderfully satisfying anthology of seven short stories which transcend above the crime fiction genre providing a ripping yarn irrespective of the reader’s crime fiction preference. Jane Risdon has cleverly stitched together a mix of tales to suit all fans of the genre.

The book cover was made by our contractor, Award-Winning Digital Artist, Mara Reitsma of  Covered by the Rose

Under one cover for the first time a collection of crime shorts from Jane Risdon with more twists and turns than Spaghetti Junction – a must for those who enjoy gripping yarns.

The paperback can be found on Lulu:

The ebook of your choice can be found at:

Jane Risdon began writing five years ago having had a successful career in the International Music Industry which has taken her all over the world working with everything from Rock, Thrash Metal, and R&B/Pop to Chinese Opera. Her work has taken her to North America, Europe, and Singapore: even to Taiwan. She’s been involved in Television, Radio, and the Movies around the world.

Travelling extensively and living overseas she draws upon her life experiences when writing Crime/Mystery novels, short stories in all genres – including humour, and she has dabbled in flash fiction.

Some of these experiences have found their way into her short stories about the Music Business, and she is presently working on a novel which will bring a lot of her crazier ‘rock ‘n roll’ experiences into one tome.

Her main focus remains crime, however, and she is working on a series of novels called ‘Ms. Birdsong Investigates’ centered around a glamorous ex MI5 Officer forced into early retirement, who is trying to keep a low profile in a rural village in Oxfordshire. Her past experiences come to the fore when she finds herself investigating murder. Soon she finds herself back on old territory with Russian Mafia, Ukrainian People Traffickers, and an old flame to deal with.

In addition to being a regular blogger with a considerable following, she has an author page on Facebook with many dedicated followers there as well. You can find her at @Jane Risdon on Facebook and @Jane_Risdon on Twitter.

She continues to work on Ms. Birdsong Investigates as well as several other novels including The White Haired Man set in Bollywood and based on true events.

Jane is a keen photographer and enjoys the countryside and visiting old buildings and historical locations and often uses photos as visual notes for her writing. She loves history and archaeology and is loves anything to do with science and astronomy.

With a background (early on in her career) in the Diplomatic Service in Whitehall, London, followed by a long career in International music, Jane has a wealth of experience and a huge pool from which to craft her stories. 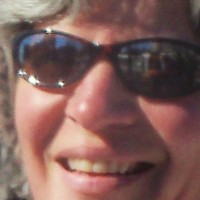 The future of humanity with science and technology research based on 3D, 4D, and 5D Printing. With sv3dprinter.com, small businesses can thrive:)

Dare To Write | Get Wise

Searching for harmony in the real world. WELCOME!

Blurring the lines between poetry and prose

Top 10 of Anything and Everything - The Fun Top Ten Blog

reading, writing, and other musings while trying not to take myself too seriously

Your most important show!