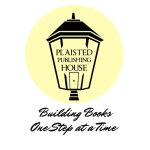 A classic moment when I read a post about the two Awethologies by The Awethors which was published by Plaisted Publishing House in October 2015. How the heck did I miss this? Nearly. Being in New Zealand, means I’m a day ahead of most people. However I’d also like to celebrate both Awethologies we had and participated in. It was amazing team work with Editors galore, around 54 International Authors better known as Awethors who were part of the group. We ended up making two Anthologies with close to 600 pages apiece. The eBooks were FREE and, from memory, the Paperbacks were close to $21 USD.

Not only did we produce the books, we also did a live marketing book day to celebrate starting in New Zealand and Australia with myself and Michael J Elliott. Due to the time difference we were celebrating for a long time. I know I was sharing Author Interviews for 17 hours before retiring to bed. The celebrations continued in the Northern Hemisphere long after.

I will be sharing some of the old Awethor Interviews with you over the next few weeks, hopefully I can get some of the Awethors to update us with what they are doing now and over the last five years. It’ll be nice to catch up with everyone. Meanwhile, here are the links to the two Awethologies.

Awethology Dark is for those over 18 yrs and Awethology Light can be read by younger readers. We hope you still enjoy the read of some fantastic stories.